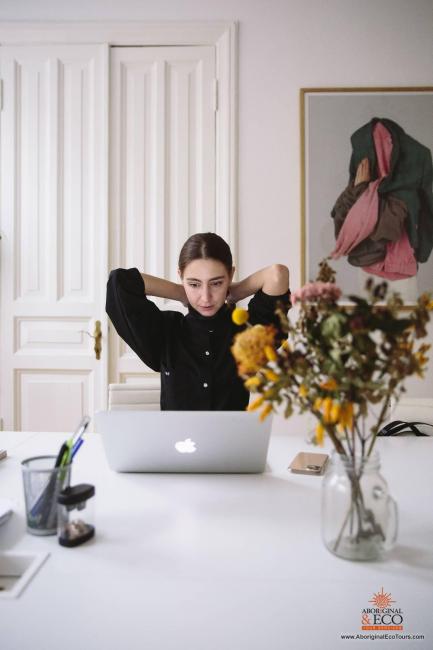 Talaysay Tours & Aboriginal Eco Tours is pleased to present our Virtual Tour Series for our cultural experiences as we offer virtual-online tours and workshops for our guests who are seeking safe and comfortable ways to enjoy and learn indigenous history, science, ecology, art and culture.

Together, we will keep our communities and families safe while we together bend the curve on Covid.

We invite you to join us via Zoom for our Talking Trees, Spoken Treasures tours here in Vancouver, Stanley Park, North Vancouver, Squamish and the Sunshine Coast.  Custom tours and programs can be planned together in advance.

This is the dedicated page address for this content to which you can link.
https://www.aboriginalecotours.com/news-events-blogs/presenting-our-virtual-tour-series
Back to top

Based on excellent reviews by our happy customers, travellers and guests, we are happy to share wit you that we've been given the TripAdvisor Certificate of Excellence second year in a row.

This is the dedicated page address for this content to which you can link.
https://www.aboriginalecotours.com/news-events-blogs/aboriginal-eco-tours-wins-tripadvisor-2019-certificate-of-excellence
Back to top

Along the path that circles the water, tour operator Candace Campo stands beside the sacred tree of her Squamish people.

"The cedar tree has an oil that is mould resistant, bug resistant," Campo explains, her voice steady and soft. "So we were able to make clothing that was rain resistant. We refer to it as our Gortex back in the day."

This is the type of history that Campo, owner and operator of Talaysay Tours, typically shares with tourists from around the world during her Talking Trees tours.

Watch Campo explain the significance of some of the vegetation in Stanley Park:

Business has grown steadily for years, Campo says. But it was leading up to the Vancouver 2010 Olympic Games that she really started to notice a rise in demand.

"The promotion of our Indigenous communities for the Olympics was really strong and as a small tour company it really did benefit us," she said.

Keith Henry, president and CEO of the Indigenous Tourism Association of Canada, says the 2010 Games were "truly life-changing" for many of the association's members — and many of them are still reaping those benefits today.

"It was the biggest single event in Canada's history for our Indigenous tourism sector that put us on the map globally," Henry said, sitting in his office in downtown Vancouver.

Many acknowledge that the Vancouver Olympics were unprecedented in their inclusivity and representation of Indigenous cultures at an Olympic event.

"We did something that was not easy to do but really enhanced the look and feel and made us all feel quite a bit more proud," Furlong said.

One of the key outcomes of VANOC's partnership with the Four Host First Nations — Lil'wat, Musqueam, Squamish and Tsleil-Waututh — was high visibility.

Indigenous participation was incorporated into the torch relay and opening ceremonies, and was on daily display at the First Nations Pavilion and other programming throughout the Games.

Even Grand Chief Stewart Phillip, leader of the B.C. Union of Indian Chiefs and staunch critic of the Games, admits that 2010 promoted First Nations to the world.

"I don't think there's any question that the 2010 Olympics showcased the diversity, beauty and strength of Indigenous culture here in B.C.," Phillip said.

Henry says that representation awakened tourist demand in a way that's never been seen before. But he also admits that spike in demand has come with challenges.

There are also ongoing problems with authenticity and representation, he says. Issues like chintzy made-in-China totem poles were brought to light during the Games, Henry says, but the problem remains today.

"Indigenous artwork, whether it's owned by indigenous people or not, is worth billions of dollars in Canada right now," he said. "And most of it, unfortunately, has zero connection with the local Indigenous community."

The issue of representation extends to tour operators keen to capitalize on demand for Indigenous programming but who don't provide an authentic product.

For example, Henry says, he regularly comes across companies offering trips like teepee tours on the West Coast, even though teepees were mostly used by Indigenous groups from the Plains.

Indigenous tourism providers say they also encounter stereotypes from their customers, some who don't understand that Indigenous cultures aren't stuck in the past.

'It feeds the soul'

"They're really shocked to see that we can make use of this modern technology," Pascal said. "They really question whether or not we could still be authentic while we're using power tools."

But many Indigenous tour operators also see those encounters as an opportunity to address misconceptions and share more accurate information.

Campo, a former teacher, says educating her clients also comes with personal benefits for her.

"When you get to share your culture and your history, it's healing," she said. "I talk about my ancestors and I come from an exceptional people, and it just it feeds the soul." 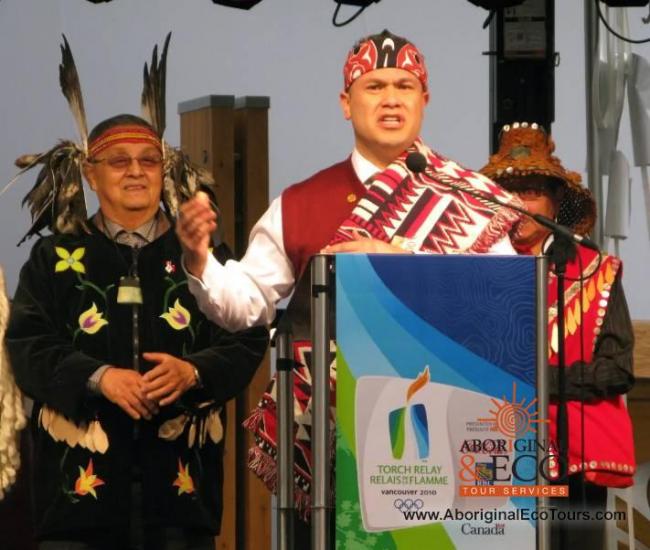 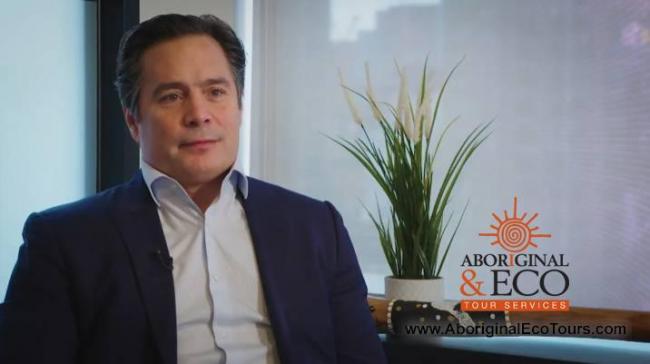 This is the dedicated page address for this content to which you can link.
https://www.aboriginalecotours.com/news-events-blogs/10-years-later-indigenous-tourism-still-reaps-the-benefits-of-the-2010-olympics
Back to top

Deanna Lewis has worked as a B.C. tourist guide for about 20 years, but never has she seen so much interest from visitors wanting to learn about her Squamish culture.

Lewis, who is also an elected councillor with the Squamish Nation, works as an operator for Talaysay Tours. She takes tourists on interpretive walks around areas like Alice Lake in her people's territory, teaching them about things like local history and Indigenous use of local flora.

"We're in a really good time today as Indigenous people to be proud we're here," Lewis said. "It's empowering to ourselves and to the communities that we live in."

Keith Henry, president of the Indigenous Tourism Association of Canada, says there has been a surge in demand for Indigenous experiences across the country.

But Henry says only 133 of Canada's 1,900 Indigenous tourism operators are "export-ready" - meaning they have the expertise, staff and infrastructure to do business on an international scale.

"It's a really limiting factor," Henry said last week at the World Indigenous Business Forum in Vancouver, which attracted about 500 people from around the world.

Tourism industry research shows that more than one in three visitors to Canada are interested in an authentic Indigenous tourism experience.

'It can't be Disneyfied'

The industry's main challenge, according to Henry, is building capacity to meet demand.

Not having enough Indigenous-led companies has, in some cases, led to cultural appropriation and misrepresentation when large tour operators try to meet demand without enough Indigenous contribution, Henry says.

"These experiences need to be telling the truth about culture," he said. "It can't be contrived and it can't be Disneyfied."

Tourists can often sniff out inauthentic experiences, Henry pointed out.

Other Indigenous tourism operators from around the world, who were also at the Vancouver conference, cited similar growth in their countries.

Lewis said one of the biggest factors limiting growth at Talaysay Tours has been finding Indigenous guides who are willing and able to share stories about their culture.

The legacy of residential schools means previous generations have been hesitant about doing so.

"Some people wanted to hold that knowledge," Lewis said. "It was taken from them for a very long time. So that trust wasn't there, and that pride wasn't there."

But younger generations are brought up differently, she said, and are encouraged to learn about their customs, history and knowledge.

Lewis said sharing stories about her culture and the history of residential schools can be empowering and contributes to healing.

"I actually think my guests help me on my journey," she said.

The Indigenous Tourism Association of Canada supports businesses with $317,000 in annual capacity-building grants, but last year it got $1.35 million in requests from 138 organizations.

"We're scratching the surface on the need right now," Henry said. "There's lots of community economic development work that needs to be done."

The association also works with governments and tourism associations to ensure Canada is marketed as more than "moose, beavers and RCMP," Henry said. Including Indigenous narratives in national identity has benefited countries like Australia and New Zealand.

More investment in Indigenous tourism has been shown to pay off, Henry said. In B.C. and Ontario, provincial investments have created a growing industry that contributes to rising GDP.

This is the dedicated page address for this content to which you can link.
https://www.aboriginalecotours.com/news-events-blogs/demand-for-indigenous-tourism-outpacing-availability-of-staff-creation-of-infrastructure
Back to top
showing 1 to 4 of 18 on page 1 | 1  2  3  4  5